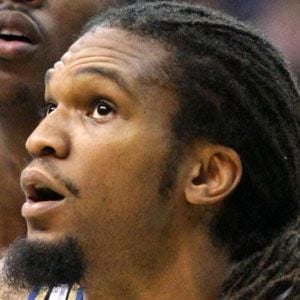 Former power forward/center who played 10 seasons in the NBA.

He played college basketball at Syracuse University and graduated with a degree in business management.

He spent the bulk of his NBA career with the Washington Wizards, but also spent time with the Oklahoma City Thunder and the Atlanta Hawks.

He was raised in Harlem, New York.

He became known for his political stances and was an active supporter of Barack Obama's 2008 presidential campaign.

Etan Thomas Is A Member Of