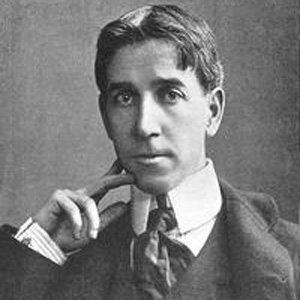 Known for composing songs such as The Rosary and Mighty Lak' a Rose. He was beloved by many recording legends.

He briefly attended the University of Pittsburgh, leaving after his freshman year.

He had two children with wife Anne Paul.

His songs were recorded by many artists, including Frank Sinatra.

Ethelbert Nevin Is A Member Of