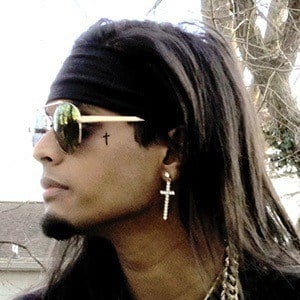 Formerly known as Etienne Sin, he is a multi-instrumentalist, record producer and entrepreneur known for founding The Sin Circle Records, a multi-genre music label. He also founded the liqueur brand Tesce Amaretto.

After struggling with homelessness, he began building his brand through social media in 2010, when he uploaded his first video to YouTube.

He has more than 60,000 subscribers to his YouTube channel. He is credited with creating the "Heavy Trap" genre and blending Hip Hop & Rock music styles.

He grew up on Long Island, New York and is the oldest of five siblings.

He collaborated with Danny Disastr on a cover of Katy Perry's "Dark Horse."

Young Rockstar Is A Member Of