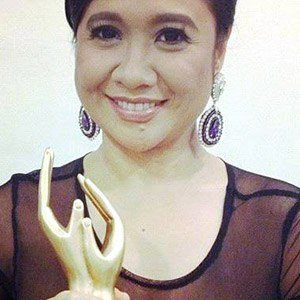 Known for her supporting roles in the Ang Tanging Ina Philippine comedy films, she also starred in the 2009 movie Kimmy Dora: Kambal sa Kiyeme. She gave perhaps her most acclaimed performances in the movies Bahay Kubo: A Pinoy Mano Po! (2007) and The Woman in the Septic Tank (2011).

After earning a degree in theater from the University of the Philippines, she was cast in a small role in a 1991 Regal Entertainment movie titled Emma Salazar Case.

She grew up in the Tondo district of Manila, Philippines.

Eugene Domingo Is A Member Of