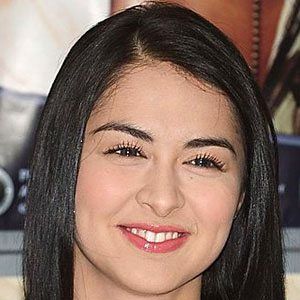 Filipina entertainer who released a platinum album and starred on the popular telenovela MariMar.

She worked as a runway model and did several TV commercials, through which she was found by producers of a local soap opera.

In addition to MariMar, she starred in the hit historical series Amaya and appeared an adaptation of a Korean series Temptation of Wife.

Her parents separated when she was two years old, and she went to live with her mother in the Philippines. In 2014 she married Dingdong Dantes and they welcomed a daughter named Maria in 2015.

Her part on MariMar was originally played by Thalia in the Mexican version.