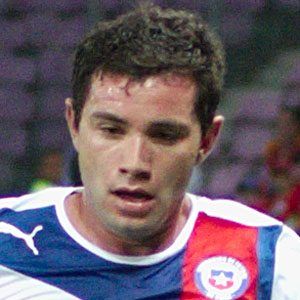 Left back who joined Santos in 2014 after spending four years with Universidad de Chile. He became a member of the Chilean national team in 2010.

He debuted professionally for the Santiago Wanderers in 2008.

He scored his first international goal in a friendly against Peru on March 21, 2012.

He was born in Vina del Mar, Chile.

He and goalkeeper Claudio Bravo became teammates on the Chilean national team.

Eugenio Mena Is A Member Of