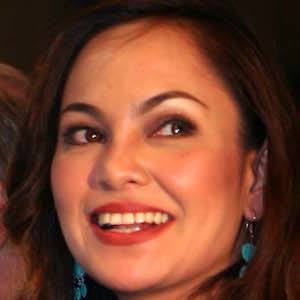 Filipina actress whose numerous TV credits include Pangako Sa Yo, Maalaala Mo Kaya, and Koreana. She's also appeared in films like Born To Love You and Sana Maulit Muli.

She started her career as a teen actress, landing roles in four films in 1984.

She released the album Schizo in 2008. Her performance in the 2014 movie Dagitab earned her awards for Best Performance and Best Actress.

She was born to Estanislao Valdes and Gracia Amoroso. She was once married to Richard Litonjua.

She and Gabby Concepcion both starred in Cassandra: Warrior Angel.

Eula Valdez Is A Member Of