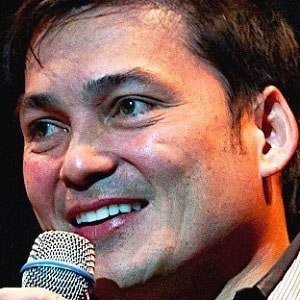 Filipino actor, director and singer who has had roles in various films and television series including the series P.S. I Love You from 2011 until 2012 and the 2010 film White House.

He took a Pre-Dentistry course at Centro Escolar University.

He received a license to be a real estate broker in 2007 and won numerous awards for his work.

He has been married three times and has five daughters. His daughter KC Concepcion became a popular singer and his daughter Cloie Syquia Skarne became a model and actress. He has three other children, Garie, Samantha and Savannah.

Gabby Concepcion Is A Member Of