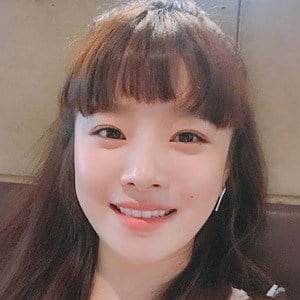 World music performer who rose to fame as a member of the South Korean band Bebe Mignon. As a solo artist, she has recorded music for a number of television programs and films such as Hello Monster and Oh My Ghostess.

She released her debut studio album in October 2012.

In 2017, she recorded the song "Memory" for the Introverted Boss soundtrack.

She is the daughter of Lee Ok-soon and Lee tae-soo.

She recorded a song for the series Introverted Boss which stared Yeon Woo-jin.

Eun-young Lee Is A Member Of