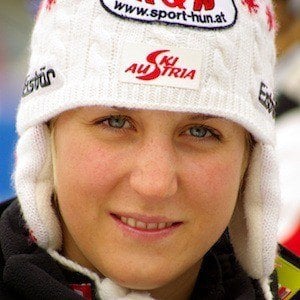 Austrian alpine skier who competed for her country in the giant slalom at the 2010 Olympic Games. She won her first giant slalom World Cup season title in 2016.

She started skiing when she was four years old and proceeded to be a four-time bronze medalist at the Junior World Championships.

She won a gold medal with the Austrian national team at the 2015 World Championships. She has more than 70,000 followers on Instagram.

She grew up in Tyrol, Austria.

She and Marcel Hirscher were both part of the gold medal-winning World Championship team in 2015.

Eva-Maria Brem Is A Member Of