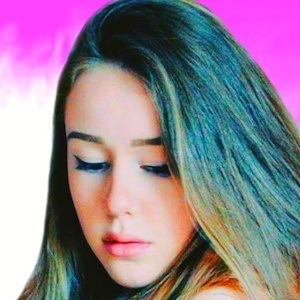 YouTube DIY project enthusiast who is known for her eponymous channel, where she posts tutorials and walkthroughs for a litany of various DIY projects, as well as personal vlog entries. She is passionate about making comedy, lifestyle and life hack videos.

Growing up, she felt like an outsider. Yet once she realized that being different was something special, she began spreading the message through her videos. She launched her YouTube channel on March 6, 2013 and posted her first video there on December 8, 2014.

She has amassed more than 10,000 subscribers to her YouTube channel. One of her most popular videos there, "TRYING AMERICAN CANDY!!! | Eva Mazu," has earned more than 15,000 total views.

She has vlogged about living with her parents as a teenager.

She and fellow YouTuber Alisha Marie are both known for their sizable collections of DIY project tutorials.

Eva Mazu Is A Member Of