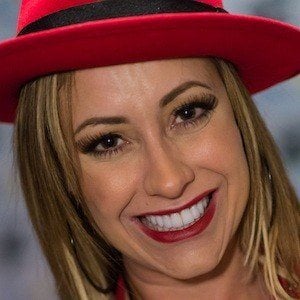 She worked as a receptionist for trucking company. A friend of hers submitted photos of her to an adult publication in 2008 which led to her start in the industry.

She was born in Tucson, Arizona.

She appeared in an episode of the short-lived show Brand X with Russell Brand.

Eva Notty Is A Member Of