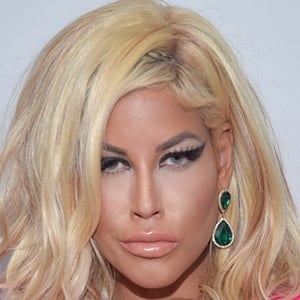 Adult film actress with an AVN award victory for Unsung Starlet of the Year in 2012. She has used the stage name Spanish Doll in modeling.

She was a member of the Chi Omega sorority while attending Kent State University where she received her Bachelor of Science degree in fashion merchandising.

She worked as a receptionist briefly before becoming involved in the adult entertainment world.

Her real name is Luz Abreu. She was born in Barcelona, and moved to the US in 2004.

She has worked with actors like Rebeca Linares and Tiffany Taylor.

Bridgette B Is A Member Of