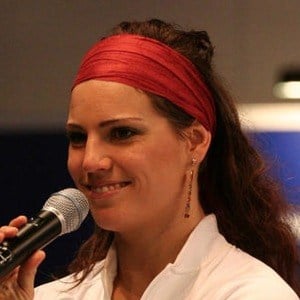 Finnish professional boxer best known for having held the WBC female Super-Featherweight title. She is also recognized for having appeared on the Finnish version of the reality television series The Biggest Loser alongside Jani Sievinen.

She first began boxing at the age of fifteen representing the Loviisan Riento club. After a successful amateur career, she made her professional debut in March of 2010. She earned national attention and recognition in May of 2011 when she won her first professional regional championship, the European Female Super-featherweight title.

She was born and raised in Loviisa, Finland.

Amin Asikainen is a fellow professional boxer also from Finland.

Eva Wahlström Is A Member Of