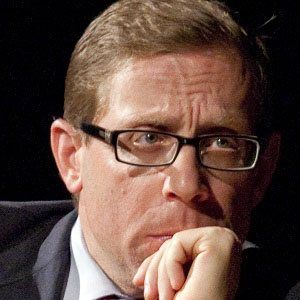 Journalist best known as the CEO and editor-in-chief of The Texas Tribune and the host of the weekly interview show Overheard with Evan Smith. He has served on the boards of The Austin Community Foundation, PBS, Medill School of Journalism at Northwestern University and others.

He was born in New York City and earned a bachelor's degree in Public Policy from Hamilton College before earning a master's degree in Journalism from Northwestern.

During his time as the editor of Texas Monthly, the publication was nominated for sixteen National Magazine Awards.

He married a woman named Julia and has sons named Wyatt and Carson.

He and Skip Hollandsworth both worked on the staff of Texas Monthly.

Evan Smith Is A Member Of