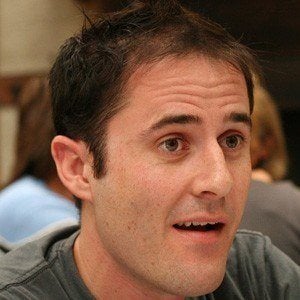 Best known for co-founding Twitter alongside Jack Dorsey and Biz Stone, he served as the CEO of Twitter from 2008 to 2010. He also founded the blog-publishing service Blogger in 1999. Blogger was acquired by Google in 2003.

In the late 1990s, he worked in marketing and did coding for the publishing company O'Reilly Media.

He was named among the People of the Year by PC Magazine in 2004. After leaving Twitter, he went on to launch Medium, a platform on which people can share ideas.

He had two children with his wife Sara Morishige. He and Sara married in 2007.

In April of 2009, he appeared on Oprah, and she announced that she had joined Twitter.

Evan Williams Is A Member Of