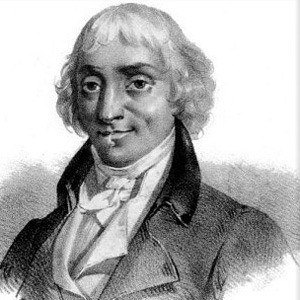 French poet known for Poesies erotiques and other collections of love poetry. His literary work was popular in both France and Russia at the beginning of the nineteenth century.

He studied religion before giving up the idea of a clerical career in favor of a (temporary) military one.

He published a political, poetical allegory in 1805 that was entitled "Goddam! Goddamn! par un French-dog."

He married Marie-Francoise Vally in 1802. Earlier in his life, he had a love affair with Esther Lelievre that inspired him to publish his first love poems.

Evariste De Parny Is A Member Of