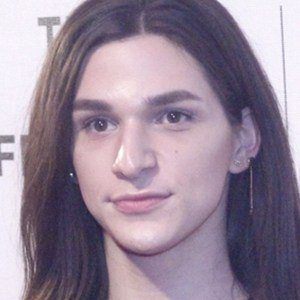 TV actress who appeared in Mr. Robot and Outsiders, the off-Broadway production of Street Children in 2016. She can be found under the Instagram handle eveclindley.

From an early age, she showed an attraction to playing with Barbies as opposed to something society would deem more masculine.

Her feature-length debut was also Katie Holmes's directorial debut. It was called All We Had, and it released in 2016.

Her father is named Brad. He divorced her birth mother when she was two.

She and Laverne Cox are both well known transgender actresses.

Eve Lindley Is A Member Of