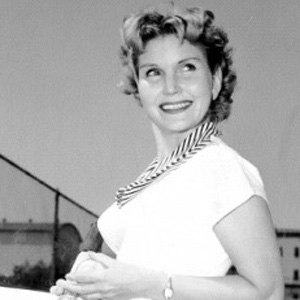 Versatile actress who became a fixture in stage and screen productions for close to 50 years, and appeared in Tight Spot in 1955 and Creator in 1985.

She began her acting career in her teens on stage in Hollywood, and by her 20s moved to New York.

Her first movie role in Hollywood was in the 1952 film High Noon.

She moved with her family from Ohio to Los Angeles when she was young.

She was a regular on Johnny Carson late-night talk show.

Eve McVeagh Is A Member Of