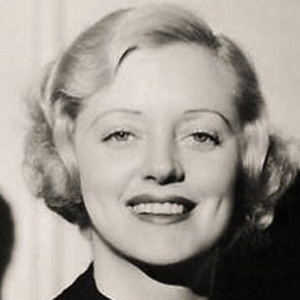 English actress who appeared in the films The Luck of the Navy, One Heavenly Night and Say Hello to Yesterday. In 1973, she was honored with an Order of the British Empire for her services to drama.

In 1915, she made her stage debut in a Theatre Royal, Brighton production of Mr. Wu.

She appeared in numerous London productions, including Going Up and Phi-Phi.

She married her second husband, Frank Lawton, in 1934.

She was in the 1970 British film, Say Hello to Yesterday, with Jean Simmons.

Evelyn Laye Is A Member Of