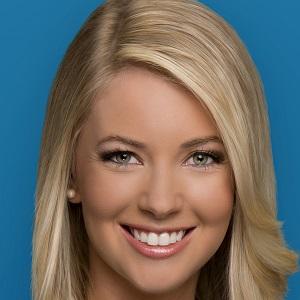 A Golden Mike Award winner for Best Weather Segment in Southern California, this meteorologist has also been granted the National Weather Association Seal of Approval. She joined CBS2/KCAL9 from KRON 4 in the San Francisco Bay Area, where she forecasted the weather for their seven-hour morning show.

She attended the Annenberg School of Journalism at the University of Southern California where she forecasted the weather for Annenberg's live newscast. She then got her certificate in meteorology from Mississippi State.

She has lived in both France and London, and has spent a significant amount of time in Israel, Europe, Asia, and Central and South America. She climbed Machu Picchu.

She is a Bay Area native and grew up speaking Russian thanks to her Moscow-born parents.

Both she and Lisa Ling are journalists who graduated from the University of Southern California.

Evelyn Taft Is A Member Of