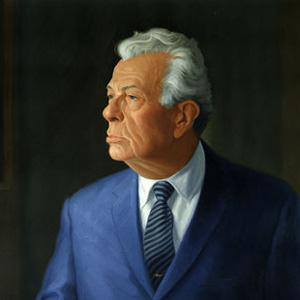 Republican who represented Illinois from 1951 to 1969 in the Senate. He notably helped write the Civil Rights Act of 1964 and the Open Housing Act of 1968.

He rose from the life of abean farmer to a University of Minnesota Law School student, and later became a World War I military man.

He was a strong supporter of the Vietnam War, and his oratorical style earned him the nickname 'The Wizard of Ooze.'

His son-in-law is Senator Howard Baker of Tennessee.

He played a prominent role in aiding the passage of the Civil Rights Act of 1964, which was signed into law by President Lyndon B. Johnson.

Everett Dirksen Is A Member Of