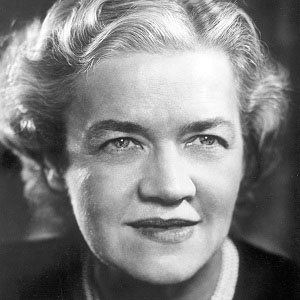 From the late 1940s until the early 1970s, this Republican Party politician served as a United States Senator from Maine. Previously, she was a Maine-District Two member of the U.S. House of Representatives.

After graduating from high school, she worked as a teacher and a high school basketball coach. She began her political career in the 1930s as a member of the Maine Republican State Committee.

She ran for the Republican primary nomination in the 1964 United States presidential election.

Born to a family of English and French-Canadian heritage, she and her five younger siblings were born in Maine. She married fellow politician Clyde Smith.

She appeared in a 1952 episode of Faye Emerson's Wonderful Town.

Margaret Chase Smith Is A Member Of