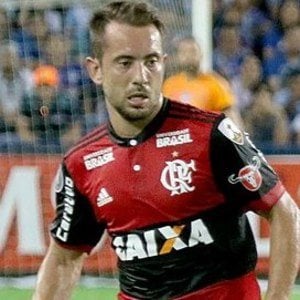 Brazilian soccer player best known as an attacking midfielder for Campeonato Brasileiro Serie A clubs like Coritiba and Cruzeiro. He won the league title with Cruzeiro in 2013.

He had an outstanding 2013 season, winning the Best Player award in Serie A as well as the Gold and Silver Ball.

He and goalkeeper Nelson Dida have both played for Cruzeiro.

Everton Ribeiro Is A Member Of