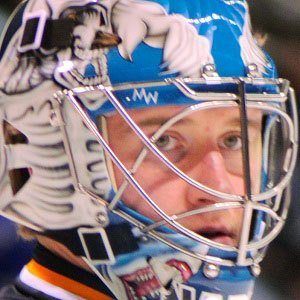 NHL goaltender who set a number of franchise records while playing for the San Jose Sharks.

Early in his career, he went by the name John, thinking that his real name was too hard to pronounce.

He was the first NHL goalie to score a power-play goal, as well as the first to record 11 straight road victories.

He married an American woman named Tabitha Eckler. He has a son named Andrei and a daughter named Emma.

Evgeni Nabokov Is A Member Of