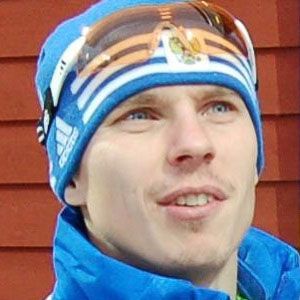 He began skiing when he was three years old, but did not compete for a long time due to his remote location growing up.

He married fellow biathlete Alexandra Bondarenko in 2009, and the couple had their first child in 2010.

He was teammates with Anton Shipulin for both his 2010 bronze medal and his 2014 gold medal.

Evgeny Ustyugov Is A Member Of