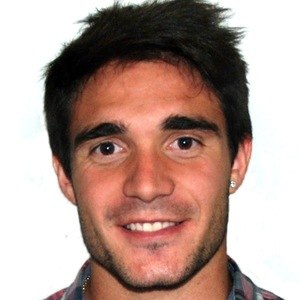 He started his career by playing for Sarmiento's youth team at the age of 7.

He made his debut with Sarmiento de Junín in November 2009.

He has two siblings, Julian and Catalina.

Both he and Nicolas Blandi played for San Lorenzo de Almagro.

Ezequiel Cerutti Is A Member Of