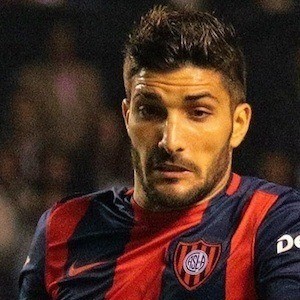 Striker who joined San Lorenzo in 2014 and was loaned to Evian in 2015. He has more than 130,000 followers on his nicolasblandi Instagram account.

He played in the Copa Libertadores in 2014 and Supercopa Argentina in 2015.

His parents are Alberto Blandi and Hebe Cecilia Strobino.

He and Angel Correa both won the Copa Libertadores with San Lorenzo in 2014.

Nicolás Blandi Is A Member Of