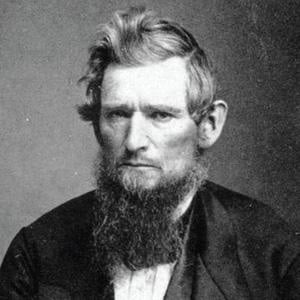 Businessman and education administrator who was a founder of Western Union and a co-founder of Cornell University.

He managed a local mill because of his impressive carpentry skills.

He also served as a New York State Senator and president of the New York Agriculture Society.

He was disowned by the Society of Friends because he married Mary Ann Wood, a Methodist.

He was a first cousin, five times removed of Benjamin Franklin on his maternal grandmother's side.

Ezra Cornell Is A Member Of