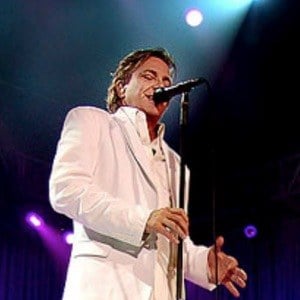 Singer who has released more than two dozen albums during his long and illustrious career, including  Ao Vivo (1986), Obrigado (1998) and Minhas Canções (2006). He is also an actor who has starred on Brazilian series like O Amor É Nosso and Pedra Sobre Pedra.

He got his start as a child star, appearing on various television and radio shows. He briefly adopted the stage name Uncle Jack in the early 70s.

In addition to his Portuguese-language songs, he has released successful singles in English, including "Don't Let Me Try" and "I Want to Be Free Again."

He married his seventh wife, Fernanda Pascucci, in 2016. He is the father of actress Cléo Pires and singer Fiuk, as well as children named Krizia, Tainá and Záion.

He has performed duets with Welsh singer Bonnie Tyler.

Fábio Jr. Is A Member Of