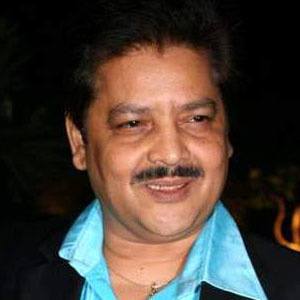 Playback singer who has sung in more than thirty languages and was the recipient of multiple National Film and Filmfare Awards.

He began singing with Radio Nepal as a staff singer for folk songs.

He was asked to do playback for the film Unees Bees in 1980, which is considered the role that launched his fame.

He married Ranjana Narayan Jha first, then married Deepa Narayan Jha in 1985. He and Jha had one son together.

He and Manna Dey are both known for their prolific work as playback singers.

Udit Narayan Is A Member Of