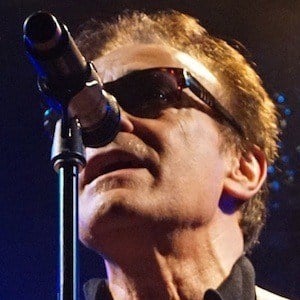 Tunisian-French vocalist known for his numerous solo albums as well as for his 1970s and 1980s albums with such bands as Vangelis and Les Variations.

He started his career as a singer and guitarist for the French band Les Trefles.

He worked as a songwriter and composer for other artists.

He was born in Menzel Bourguiba, Tunisia.

FR David Is A Member Of