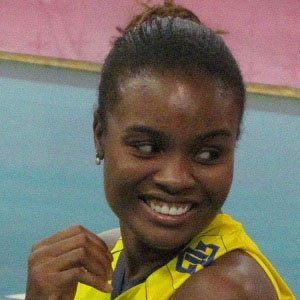 Her national team debut came in 2003 against Croatia.

She has won multiple awards for her blocking talent, earning Best Blocker at the 2012 Olympic Games.

She was born in Belo Horizonte, Brazil.

She is a gold medal winning volleyball player just like American Kerri Walsh-Jennings.

Fabiana Claudino Is A Member Of