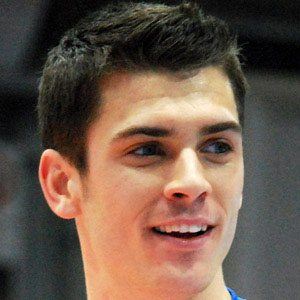 Volleyball player who won a gold medal at the 2008 Pan-American Volleyball Cup as a member of the U.S. team.

He played for Penn State, where he led the school to its second ever NCAA championship in men's volleyball, and he was named NCAA Championship Most Outstanding Player.

He made his professional volleyball debut in 2008 for the Hyundai Capital Skywalkers of the Korean league.

He was raised the youngest of five children, and two of his siblings, Amy and Joelle, also played college volleyball.

He and Steve Timmons both became stars on the American volleyball team.

Matt Anderson Is A Member Of