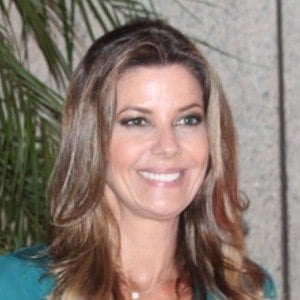 Television presenter and journalist most famous for her hosting work with such Brazilian shows as Domingo Espetacular, Bom Dia Brasil and Globo Rural. She is also an actress who has appeared on shows like Perigosas Peruas.

She trained in classical ballet and was a model for five years.

She published the women's health and wellness book Mulheres, Muito Alem do Salto Alto in 2013.

She married Álvaro Etchenique in 2010. She was previously married to Guilherme Villares London. She has a son named Felipe.

She and Michelle Loreto have both hosted Rede Globo's Bom Dia Brasil.

Fabiana Scaranzi Is A Member Of