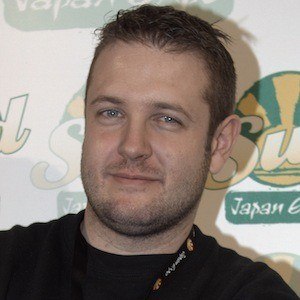 Transmedia filmmaker and revolutionary primarily known as the creator of the Noob web and comic book series. He has also directed numerous other web series and parodies including Lost Levels, Syrial, and the Warpzone Project.

His first collegiate focus was in literature, however, he quickly took a left turn into law, eventually completing a master's in media law.

From his earliest days in filmmaking, he has presided over the new media company Funglisoft Production and later on the transmedia company Olydri Studio.

He and his wife, Anne-Laure Jarnet, began dating in 2003 and ten years later were married.

Much like Samuel Schwarz, he is a successful transmedia producer.

Fabien Fournier Is A Member Of