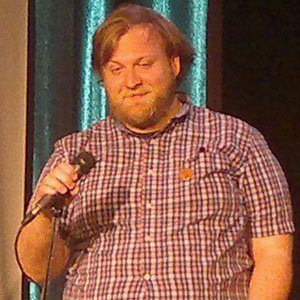 Screenwriter and animator best known as the creator of Cartoon Network series Adventure Time. Ward stepped down from running the show in its fifth season.

Inspired by his mother, who worked with animators, he began making his own flipbooks in the first grade.

In one of his first professional projects, he created a webcomic called Bueno the Bear; while he quickly scrapped his project, many of his website and social media handles remained "buenobear."

He grew up in San Antonio, Texas with his mother, Betty.

He studied at Cal Arts alongside J.G. Quintel, who later created the Regular Show.

Pendleton Ward Is A Member Of