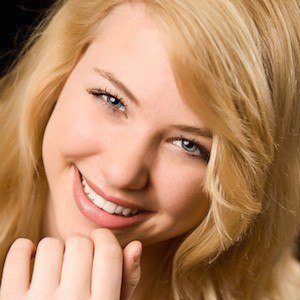 Singer and actress who first rose to fame competing on the Voice Kids as a member of team Angela Groothuizen. She was the first winner of the popular competition show spin-off, earning her a recording contract and a scholarship. She also appeared in the 2013 Carry Slee film Spijt!

She sang Ed Sheeran's "The A Team" in the Voice Kids blind auditions. The song would later top out the charts at number thirteen in the Netherlands.

She succeeded in her singing career despite a hearing disorder resulting in a slight deafness.

She joined Netherlands monarchs King Willem-Alexander and Queen Maxima in a river parade on the IJ river in Holland.

Fabienne Bergmans Is A Member Of