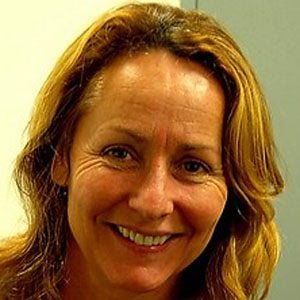 Dutch singer who was a member of the pop group Dolly Dots and the duo Angela and the Rude. She has released a number of hits including "Young Souls" and "Back to the Real World".

She had early success with the Dolly Dots who grew very popular in the Netherlands with their Number One hit single, Love Me Just a Little Bit More.

She has been a panel judge on television shows such as Dutch X Factor since 2008.

She was raised with her family in Alkmaar, Netherlands.

Angela Groothuizen Is A Member Of