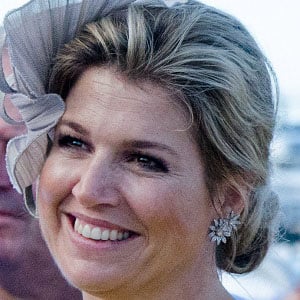 The wife of King Willem-Alexander of the Netherlands, Queen Maxima was born Maxima Zorreguieta Cerruti. Prior to joining the Dutch royal family, she pursued careers in finance and education.

After earning a bachelor's degree in economics from the Pontifical Catholic University of Argentina, she obtained a master's degree at a university in the United States and worked for financial organizations in the U.S., Argentina, and Belgium.

King Afonso III of Portugal is one of her paternal ancestors.

The daughter of Maria del Carmen Cerruti Carricart and Argentine politician Jorge Zorreguieta, she grew up in Buenos Aires, Argentina, and has three full siblings and three half siblings. After settling in the Netherlands with her royal spouse, she welcomed princess daughters named Catharina-Amalia, Alexia, and Ariane.

She is the sister-in-law of Prince Friso of the Netherlands.

Queen Maxima Is A Member Of