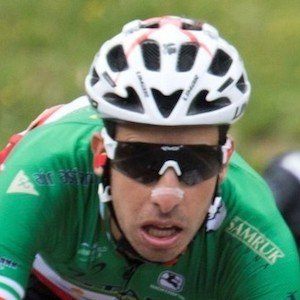 Road bicycle racer who captured his first Grand Tour win at the 2015 Vuelta a España. He has competed professionally for teams like Giro d'Italia won individual stages at events like the Tour de France and Giro d'Italia.

He was raised in Villacidro, Itay. He moved to mainland Italy to pursue professional cycling at age 17.

As an amateur cyclist, he won the Giro della Valle d'Aosta twice in a row.

His parents are Antonella and Alessandro Aru.

He raced against Tom Dumoulin in the Vuelta a España.

Fabio Aru Is A Member Of