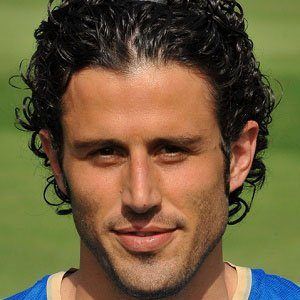 Left back whose Italian National Team reigned victorious at the 2006 FIFA World Cup.

He played his youth soccer career for the Renato Curi Angolana football club in the mid-1990s.

He played for one French team (Lyon) and several Italian teams (including Chieti, Perugia, and Palermo) during his career.

He had two sons with his wife Jessica Repetto.

He played alongside Luca Toni on the Italian national team.

Fabio Grosso Is A Member Of