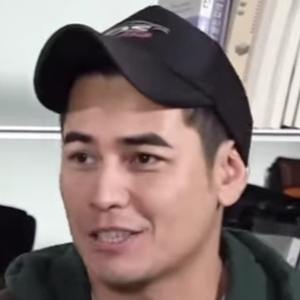 He attended Mackens University where he earned his degree in publicity and marketing. He made his acting debut in 2010 when he appeared as a contestant on the series D'Survivors in 2010. His feature film debut came in 2012 when he starred in Shake Rattle and Roll Fourteen: The Invasion.

He is also known for his career in football and played for the Team Socceroo FC in the United Football League during their 2011 season.

He was born and raised in Sao Paulo, Brazil to a father who was Japanese and a mother who was Brazilian.

He starred alongside Alden Richards and Janine Gutierrez in the 2018 television series Victor Magtanggol.

Fabio Ide Is A Member Of