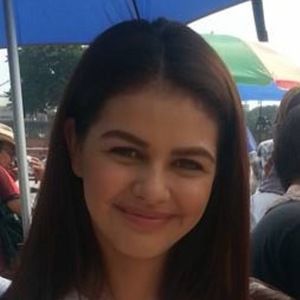 Filipina actress who rose to popularity playing Rosa on the daytime romance Dangwa. She is also known for her performances on shows like Wagas as well as in films like 2015's Buy Now, Die Later.

She attended the all girls school St. Paul College in Pasig, Philippines.

She was nominated for a Golden Screen Award for Outstanding Breakthrough Performance by an Actress for her work on the series Makapiling Kang Muli.

Her parents are actor Ramon Christopher Gutierrez and actress Lotlot de Leon. She is the eldest of four siblings.

She co-starred with actor Mark Herras on Dangwa.

Janine Gutierrez Is A Member Of