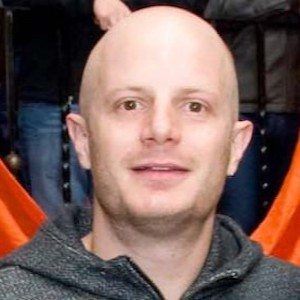 Comedian, actor, and host who has become known presenting the shows Toma Libre , Incognito and TurNocturno. He has also done Spanish dubbing for films like Ninja Turtles 2: Out of the Shadows and The Rugrats: Wild Holidays.

One of his first hosting gigs was in 1995 presenting on the ZAZ series Que Rayoz.

On the first season of Big Brother VIP, he took second place in 2002. He then competed on the sixth season of La Isla in 2017.

He married Esmeralda Palacios in 2003 and they have three children: Valentina, Lorenzo, and Mia.

In 2002, he began cohosting the radio program ¡Ya parate! with Omar Chaparro.

Facundo Gómez Is A Member Of