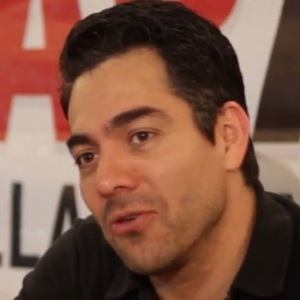 Mexican actor and presenter who has hosted several popular TV shows including No Manches and Sabadazo. He's also starred in movies such as No Manches Frida and Compadres. He has amassed over 40 acting credits throughout his long career.

He started his career in 1996 appearing on the radio program Los visitantes.

He joined Big Brother VIP 2 in 2003 and stayed for 64 days. He's provided his voice for Spanish dubbings of such American movies as The Incredibles, Kung Fu Panda, and Pokémon: Detective Pikachu.

He grew up with family in Chihuahua, Mexico. He married Lucía Ruiz de la Peña and they have three children named Omar Emiliano, Andrea and Sofía.