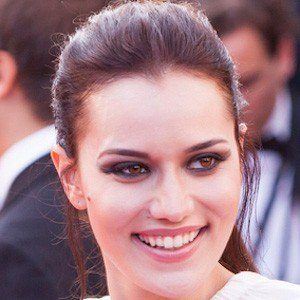 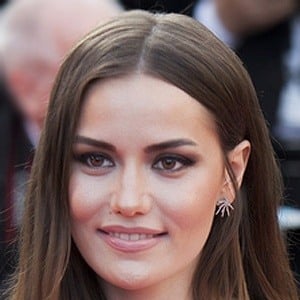 Most famous for starring as Necla Tekin on the Turkish drama series Yaprak Dokumu, she is also notable for her role as Feride on the series Calikusu and for her portrayal of Pinar in the 2008 romantic comedy film Ask Tutulmasi.

She completed a degree in history at Istanbul's Bogazici University.

In 2015, she appeared in the film Ask Sana Benzer, playing the role of Deniz.

Born to a family of Turkish and Circassian heritage, she has silbings named Aysen, Demet and Nese. In June 2017, she married actor and longtime boyfriend Burak Ozcivit. In April 2019, they gave birth to a son.

She is a contemporary of fellow Turkish television actress Hazal Kaya.

Fahriye Evcen Is A Member Of