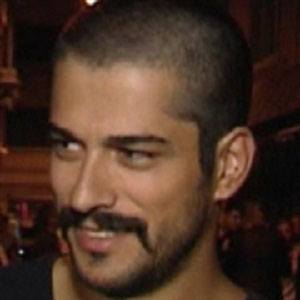 Initially famous as a model, he later starred in the Turkish television series Muhtesem Yuzyil and went on to play the main role in another series, Calikusu.

In the early 2000s, he won Turkey's top modeling contest and was featured in numerous fashion events.

He acted in a Turkish television show based on the American series Gossip Girl.

He had a high-profile relationships with socialite Ceylan Capa before beginning to date TV actress Fahriye Evcen in 2014. In June 2017, he and Evcen married. They are currently expecting their first child together in Spring of 2019.

He is a contemporary of fellow Turkish model and television actor Cagatay Ulusoy.

Burak Ozcivit Is A Member Of