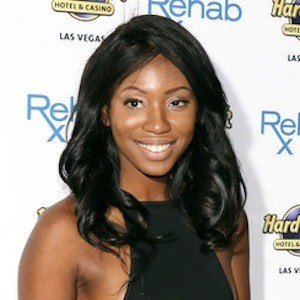 First rose to fame in 2015 as a recurring cast member on the reality series Vanderpump Rules.

One of her first television appearances was on an episode of Wipeout in 2014.

She has worked as a red carpet reporter for The Abbey.

She was born to Rocko Vantino and Darlette Patricia Stowers. She has four siblings, Charity, Tafoyia, Mario, and Rico.

She had a brief relationship with fellow Vanderpump Rules star Jax Taylor.

Faith Stowers Is A Member Of