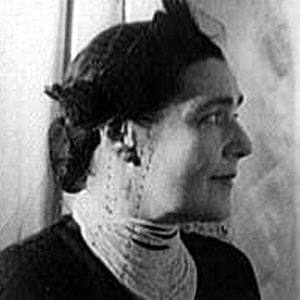 She had a torrid, lengthy affair with Arctic explorer, Vilhjalmur Stefansson.

She was born in Hamilton, Ohio to an upper-class Jewish family. She married pianist Jacques Danielson in 1915.

Like songwriter Bob Russell, she also studied at Washington University in St. Louis.

Fannie Hurst Is A Member Of